An award-winning playwright has been discovered at Herricks High School. Sophomore Joylynne Hoang’s “Bittersweet” was one of 100 plays selected as part of the 2018 Gi60 One Minute Play contest. Her play, scheduled to be performed in the United Kingdom, tells the story of a girl and a sleeping stranger she meets on the train who reminds her of a lost love, with a surprising and poignant ending.

Joylynne is a member of the high school’s STAC program and wrote her play as part of a playwriting unit. Over the course of a few weeks, the students cranked out approximately 35 one-minute plays.

“Four students submitted to the Gi60, and one was picked, out of thousands worldwide who entered,” said STAC Director Luke DeLalio. “That’s a good success ratio.” He described Joylynne’s play as “Moving. It really captures something.”

“I didn’t think it was anything special,” said Joylynne, “but people in class were crying when we first performed it, so I guess I did something right.”

Bill Grabaowski, STAC’s fine art teacher, who introduced the Gi60 project to the students, commented that, “Joylynne’s work in all media is always exceptional and different. And her play is a perfect example of her unique viewpoint.” 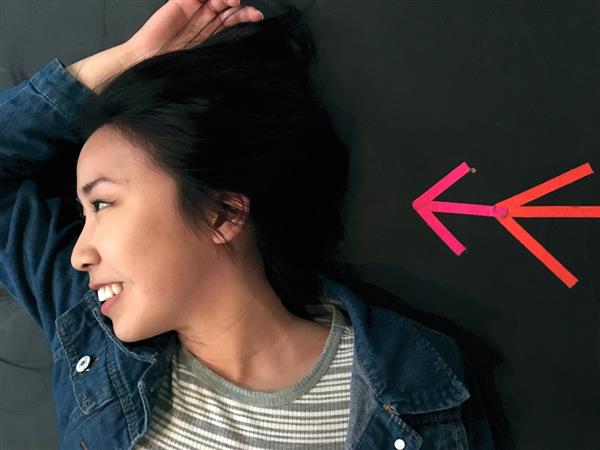